Think about this and be honest with yourself …

… How many great ideas pop into your head just to be lost before you can write them down or act on them?

You know what I’m talking about. It happens all the time.

When you’re in the shower.

Picking the kids up from school.

At your favorite coffee shop.

And my personal favorite … right before you fall asleep.

They happen everywhere and usually come to you at very interesting or inconvenient times.

Do you take the time to stop and write the idea down? How about record it on your smart phone or other device?

Or, do you tell yourself you’ll remember it and write it down when you get the chance?

You know if you don’t record that idea NOW, by the time you get to a place where you can, you’ve totally forgotten about it.

You’ve lost the next big idea!

Don’t kid yourself. You know this has happened to you, and it was the “best idea ever!”

I’ve gone as far as to safely pull over and stop while driving just to document the idea (NEVER document or text while driving). It only takes a second. If someone is in the car with me, I’ll have them write it down for me (on paper, text it to me from their phone, hit the record button on my phone so I can record it, etc).

However you want to document it, don’t let that idea drift away.

Keep a notepad handy in your car, on your nightstand, in the bathroom. If you don’t have a smart phone or other device you carry with you 24/7 (as most of us do), then carry the notepad.

At ALL times. Unless you have one of “those” memories, don’t kid yourself into thinking you’ll remember. That one idea could be the one that launches you to a promotion, higher sales, more leads, a bonus!

That one big idea you lose may be the one that launches you even higher than you are now.

If you’re like me, you don’t want to miss any opportunity!

This is a simple fix, but often it’s the simple things we overlook.

Let me know how you consistently record “big ideas” at odd times in the comments section below!

1 thought on “How Not to Lose the Next Big Idea”

This site uses Akismet to reduce spam. Learn how your comment data is processed. 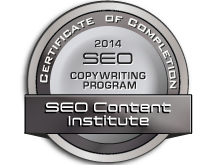 What You Should Read